The Future's Technological Heart of Glass

Some ancient cultures believed the heart was the center of an individual. They believed the characteristics that make someone who they are, comes from the heart. In terms of a modern-day computer, the information it contains represents the distinctiveness of that technology. What is contained in that machine, makes it unique. The storage mechanisms, or more specifically, the hard drive is its heart.

Each day the world grows more cluttered. We dig deeper into the ground, extract minerals that are tightly compacted in their resting space and apply those minerals in a variety of ways in the name of modernization. At the end of the day, those creations are ultimately abandoned. Whether they are the televisions of yesteryear or the satellites of today that fail to meet their trajectory; we keep creating trash. Compounding the world’s love for new and innovative technology, our trash, which was once resolved to be properly contained in its natural state, is now exposed in landfills and storage units. Thousands of tons of materials remain in their altered state, even after the best-intended recycling programs, and we keep making more.

So where does one start to tackle this problem? The answer is the same way we got here: one step at a time.

According to a team of researchers working with Purdue University, as many as 22 million hard drives are removed from data centers yearly in North America. Most are destined for heaps of aluminum scrap, or piles of refuse while containing stores of rare earth metals that could be reutilized in new technologies — particularly Neodymium, which is used as magnets in products such as computer hard disk drives. 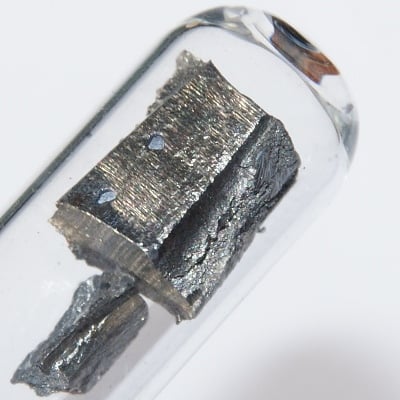 The U.S. Government currently operates more than 4,000 data centers. These centers alone create a vast opportunity to leverage federal research and development funds to recycle rare earth magnets from hard disk drives. Recently the United States Government published their report BUILDING RESILIENT SUPPLY CHAINS, REVITALIZING AMERICAN MANUFACTURING, AND FOSTERING BROAD-BASED GROWTH. In the report, it is recommended the U.S Government should undertake several measures to advance the goal of strengthening the domestic semiconductor manufacturing ecosystem. Specifically, the Department of Defense and the Department of Energy should continue to provide research and development incentives for industry to “develop, pilot, and deploy technologies that automate the removal of rare earth magnets and other strategic and critical material-containing components from EOL items, such as hard disc drives, cell phones, and other small devices.”

Obviously changing one thing does not fix the entire world, but it does take us in the right direction. At the center of transformation are those that have the capability, and in many cases the responsibility, to foster the movement. Already, some leaders have taken the initiative to make a difference. In 2019, Google created a goal to produce a “scalable model for new hard drives using rare earth magnets from recovered end-of-life drives” with the intent of building “consumer electronic products… with the inclusion of recycled materials… to maximize recycled content wherever possible.”

However, how long should we focus on rare-earth material before we use our technology to discover better ways to create the tools we need?

That is where the efforts of the Microsoft Research Project Silica bring a new answer: glass.

Project Silica originated from advances initially developed at the University of Southampton Optoelectronics Research Centre and is part of the broader Optics for the Cloud project. As an investment by Microsoft Azure to develop storage technologies built specifically for cloud computing patterns, Project Silica is using ultrafast laser optics to store data in quartz glass. By using femtosecond lasers, and building a completely original storage system, Microsoft researchers are now learning how to use glass to store information. A femtosecond laser is focused inside a block of fused silica creating a permanent small 3D nanostructure in the silica. Once written, it remains stable and retains its properties for the lifetime of the fused silica which is potentially many hundreds of years. Furthermore, the silica can withstand temperatures of over 1000◦C. It is even electromagnetic field (EMF) proof as a storage media.

Femtosecond lasers are the same lasers commonly used for LASIK eye surgery. They emit ultrashort optical pulses that change the structure of the glass allowing it to be preserved for extremely long periods of time. This method of storage does not require the same energy-intensive methods of preservation, such as air conditioning, and significantly lowers the ecological footprint. As a form of cold storage, one that does not require frequent access, Project Silica is bringing a whole new environmentally friendly perspective to media storage.

The practicality of the project is attested by the collaborative effort between Microsoft and Warner Brothers. Together they have successfully stored and retrieved the entire 1978 iconic “Superman” movie using a single piece of glass. A single piece that measures only 75 by 75 by 2 millimeters thick, roughly the size of a drink coaster.

We continue to race toward the future. Systems become more complex and intensify at an incredible rate. New technologies are created every day to answer the demand for change. However, each of those systems retains some type of uniqueness, some type of individuality. With the advancement of silica-based storage, soon your computer, possibly even your personal robotic assistant, may have a heart of glass. 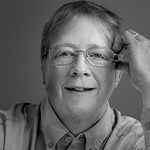 In a market where everyone wants to move faster, see results, and get ahead, there is a powerful call to transform. However, the process of digital transformation itself takes additional time, energy, and countless resources to get teams up to speed and ready to work with a new mindset. Without a focused approach, teams can spend more time in the process of transformation than ever yielding results.

The coronavirus pandemic has turned the world on its head, and for countless CIOs of technology organizations, their work is no exception. In the blink of an eye, IT strategies have been reprioritized, projects rescheduled, and emerging products pushed to the forefront to meet changing demand. Amidst the uncertainty and chaos, one thing is for sure: the decisions IT leaders make now will have a significant impact on how their organizations weather the months ahead....

A World with AI Sound

In a world bombarded with sights and sounds, those who struggle to hear are often left behind. For those of you that know me, understand hearing loss is something I find deeply interesting, especially hearing loss in children. More on that in a little while.